Top Reasons You Need to Switch to Organic Food Products 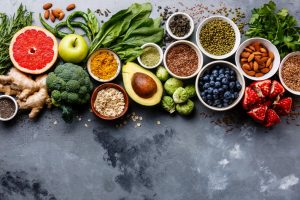 With all the concerns and mysteries surrounding genetically modified food, more commonly referred to as GMOs, it’s completely understandable that many consumers have opted out of it. Instead of consuming food products that the long-term effects of remain unknown, they now try to eat as many organics as they can.

But what exactly does organic food have to offer that makes it a better option over GMOs and in general, superior to the rest? High Quality Organics discusses what these qualities are and why you should consider making the switch as soon as possible.

Many studies show that the antioxidant content of organic foods has a more significant, positive impact on people’s overall health. Researchers believe that this is due to the absence of chemicals that have the tendency to react with the various nutritional properties of fruits and vegetables. Furthermore, the body responds better to the antioxidant content of organics, regarding higher absorption rate.

This improved intake of antioxidants can also minimize the exposure to toxic heavy metals, and the severe consequences that follow.

One of the reasons for genetically modifying agricultural plants and produce has something to do with addressing world hunger concerns. And while producing gigantic plants and animals may seem like a viable option, this is only part of the story. With the effects of genetically modified organisms on humans still being unclear, it’s a huge risk to take.

Organic foods and products, on the other hand, don’t come with the same potentially harmful effects that GMOs may have. The fact alone that it doesn’t contain foreign elements nor has chemicals touched it should already make you recognize its value and superiority over your other food options.

These are just some of the many other reasons to go organic as soon as possible. Keep in mind that your health and the well-being of your loved ones should be your priority. As such, you definitely should feel more concerned about what you’re putting in your mouth, especially when you don’t even know what it can do.