Doctors Struggle to Finance Their Retirement 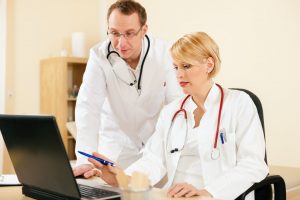 It’s not easy to find a stable job. It is even more difficult to have a secure and high-paying employment. That’s why people say when you want both that you should be a doctor.

How Much Doctors Earn

Being in healthcare is lucrative, especially in the United States. Many factors tend to point toward growth. For one, the population is aging. The spending is also increasing. The profession is in demand even outside the country.

Of all the healthcare professionals, though, doctors tend to have the highest pay. A 2018 compensation report from Medscape revealed that. On average, they earn around $299,000. This amount is higher than the one in 2017.

The income further increases when a doctor specializes. Plastic surgeons, for example, can earn a whopping $501,000 annually. Cardiologists can pocket about $420,000. In spite of these insane figures, a lot of them struggle during their sunset years. It also highlights the importance of having financial planners such as Spaugh Dameron Tenny Financial Planning For Physicians and Dentists.

Different studies tend to suggest that doctors are not as skillful when it comes to handling money. A 2013 financial survey said that  less than 42% of them had no more than $500,000 as retirement savings. Even worse, over 55% of them had less than $100,000.

Many factors can affect savings and investing habits. One is that many physicians have a high-end lifestyle. A number of the items they own are depreciating assets. They may also be expensive to buy and maintain.

Some believe that they can continue with their profession even until they’re old. Reality says that it’s not always the case. An onset of a chronic condition such as Alzheimer’s disease may spell the end of the career.

There are also others who don’t have enough knowledge or experience with financial growth. They are the ones more likely to become victims of scams. They also don’t know how to keep track of their cash flow.

Experts say that you need to set aside at least 10% of your income for retirement. You should begin doing that when you’re in your twenties. In truth, how much you need depends on many things. These can include health, lifestyle, habits, and dreams. Regardless of your retirement goal, one thing is clear: There’s no better time to start planning it than today.